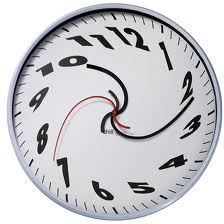 In the Federal Democratic Republic of Ethiopia, the twelve-hour clock is king.

At first, adapting to this seemingly topsy-turvy approach to time feels similar to the biannual muddle caused by the switchover from BST to GMT (and vice-versa), except it happens every day, only more mind-blowing. It’s taken a fortnight so far but the odd sensation of slipping up on a kind of cosmic clockwork banana skin whenever I arrange to meet someone has eventually subsided, and I think I’ve just about got the hang of the Ethiopian twelve-hour clock.

It does actually make perfect sense when you think about it: The clock follows the diurnal rhythm of the day – hours of daylight and darkness – and as the country is only three to ten degrees (depending on where you are) north of the equator, the hours of sunlight remain roughly the same throughout the year. Taking a different view on measuring the hours of day and night has made me realise just how relative time really is. It all depends on your point of reference.

In fact, I’ve now totally given up trying to convert the hours and have set my watch to local Habesha (Ethiopian) time, just make sure I avoid any potential cosmic banana skins in future.